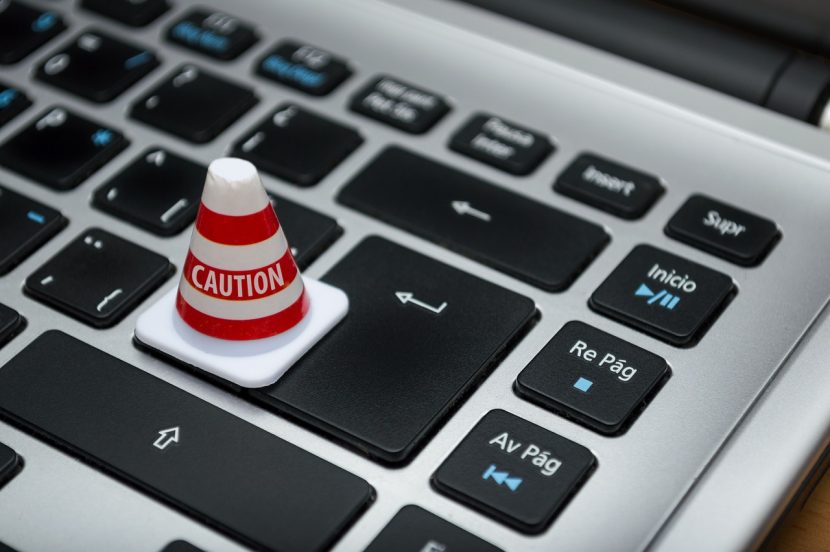 Historically, the rule against misuse of a directors’ position developed from the rules of Equity law.

The two primary rules are that:

You can see that the two rules will overlap in many instances. Thus, a director who pays for the family holiday on the company account could well be liable according to both rules.

The case-examples in this blog also contain breaches of either or both rules. But they are only intended to be a reflection of the principles and rationale of Equity law. Equity strives to protect the ‘vulnerable’ members of the community, particularly where they are subject to the influence or control of another person.

Therefore, some commercial relationships attract the protection of Equity. Where one person is likely to be vulnerable to the control or influence of another person, he or she is generally protected by law. They are classified as being in a special equitable (or ‘fiduciary’) relationship. Well-known examples include:

(Some further aspects of the wider fiduciary relationship have also been discussed in other blogs in the ‘Equity’ series).

Returning to the concept of legal separation discussed in an earlier blog, we now recognise that a company’s interests are not necessarily the same as those who direct it. For instance, the declaration of a significant financial bonus payable to all directors of a company would be very much in their collective personal interest. However, the payments would not be in that company’s interest if it was financially insolvent.

Yet, the directors control the actions of a company (albeit subject to the constitution and the general meeting of shareholders). That extent of control makes the company itself particularly vulnerable to the actions of its directors. It is this element of control by the directors over a company which attracts the protection of Equity law. The company is subject to the ‘controlling mind’ of its directors. The relationship between a director and company is therefore classified as a fiduciary relationship.

Apart from the general legal duties we have mentioned, the Corporations Act also provides a further source of legal protection to a company against its directors. The legislation sets out overlapping rules to prevent the misuse of a directors’ role in the company- see sections 182 and 183 of the Corporations Act.

Importantly, it should be observed that a director will not be legally liable for all uses of company information or opportunity derived from his or her position. The touchstone of liability is that the director’s action or conduct must have been ‘improper’ in the circumstances. If it is not, then a director won’t be held accountable.

When determining the question of impropriety, the Court examines the particular facts and circumstances (including any potential defences) in order to determine the question of legal liability.

The following statements of principle demonstrate the approach taken by the Courts in response to this question.

As noted earlier, there are two sources of law that guide the principles applied by the Courts on this issue. The first is known as equity law and the second is that of statute law. In this case, sections 182 and 183 of the Corporations Act set out the statutory obligations of a director.

In the WA case of Green v Bestobell Industries Pty Ltd, the company (B) sought an order for its former manager (G) to account for the profits he derived from a contract made with one of B’s customers.

By reason of his position as a manager of the company, G had become aware of tenders being made for the second stage of a major contract. Using the confidential skills and information he acquired while an employee of B, he secretly tendered for the contract through a separate company he established for that purpose. After he resigned from B, his company received the contract.

Applying the principles of equity law, the Court concluded that G owed a fiduciary duty to the company of which he was formerly an employee. As he had placed himself in a position where his duty to that company was in conflict with his own personal interest, he was held liable to account for the profits gained. (The company which he’d established to obtain the contract was also found legally liable).

Even if an actual conflict is not evident between a director’s duty and his or her own personal interest, legal liability can arise. It is sufficient if the Court considers there was a ‘real and sensible’ possibility of a conflict of interest in the circumstances: see Boardman v Phipps.

Nevertheless, that test needs to be applied from the viewpoint of a ‘reasonable’ person looking at the relevant facts and circumstances of the particular case. It is not intended to extend to every conceivable possibility, or to outcomes which are fanciful or inherently unlikely.

The notion of ‘conflict of interest’ is a theme which runs through equity law. It has been further explored in a separate blog in our related ‘Equity’ series.

The law’s protection of the fiduciary relationship is intended to guard against the danger that the fiduciary might be swayed by a personal interest, rather than exercising their duty. If so, this would prejudice the very persons they are bound to protect.

Therefore, the rule against conflict of interest is expedient. It is positive in its effect, and applies without the need for any proof that:

The duties owed by a director to a company do not terminate immediately upon their resignation from office. There is a residual liability which can still attach to a director, depending upon the nature and timing of the breach of duty.

Some examples may demonstrate this point:

In Real estate Pty Ltd v Dellow and Arnold, a director resigned from a company after she had acquired company information in the form of customer lists. She was later found liable for breach of duty after contacting clients of her former company by use of the information obtained.

In Canadian Aero Service Ltd v O’Malley, two directors were held liable for breach of duty by the use of an opportunity which arose during their tenure. They had been negotiating on behalf of the company for a mapping contract. After resigning from the company, they formed a competing company which was successful in obtaining the contract.

The Court ruled that the directors’ duties did not terminate merely upon their resignation from the company. As they had acquired the opportunity while they were working for the plaintiff company, they were held to be liable for breach of duty.

A breach of duty is capable of being ratified by the company itself. However, the ratification must be obtained from:

Not all breaches of duty are capable of being ratified by the company. For instance, a fraud on the minority shareholders or the appropriation of company property are both considered to be exceptions to the rule: see Cook v Deeks.

The following features of misuse of office were evident in the directors’ conduct:

In those circumstances, the newly formed company controlled by the directors was successful in obtaining the railway company contract.

The defendant directors sought to defend the action. They claimed to have obtained ratification and approval from the plaintiff construction company to their actions. However, that approval was obtained well after the events in question had occurred. The directors also relied upon their majority voting power. The minority director was therefore unable to prevent a resolution from being passed to condone the actions of the defendant directors.

The following features led the Court to overturn the resolutions ratifying the conduct of the defendant directors:

In the circumstances, the defence was unsuccessful. The defendant directors (and their company) were found liable for breach of duty.

Where a breach of duty has occurred, a variety of remedies are available to the company. They range from civil remedies to criminal sanctions, depending upon the seriousness of the breach and the damage caused.

The company can seek compensation by a civil action against the director for the loss it has suffered because of the breach. If the breach was serious enough to warrant prosecution, it can even claim compensation as an adjunct to a criminal conviction: see section 588K(1) of the Corporations Act.

However, in some cases, the profit gained by a director (from misusing company property or information) may far exceed the actual loss that would have been suffered by the company. In Industrial Developments v Cooley, for instance, the Court found that a managing director of a construction company was liable to account for the profits he earned from a contract secretly made with another company. The value of that remedy was far greater than the alternative of compensation for breach of the director’s contract of service. (In this particular case, there was only a remote chance that the construction company itself would have actually obtained the contract with the other company).

From the opposite perspective, a company may also be able to rescind (or lawfully terminate) a contract entered into by its director in breach of duty.

In the case of Bendigo Central Freezing & Fertilizer v Cunningham, a director had received an unauthorised ‘commission’ for assisting the vendor in the sale of land to the company. Yet, the property was over-priced. Even after the sale, the land was never actually used or developed. In the circumstances, the profit received by the director was found to be improper. Its receipt also constituted a breach of his duty to the company (of which the vendor should have been aware).

By way of a remedy, the Court:

The assessment of compensation was aimed at restoring the parties back to their original position before the contract was made. (This included interest on the monies paid and a refund of the settlement expenses incurred by the company).

Notably, the remedies available for a breach of duty may be invoked, regardless of whether or not the company has been liquidated. In the latter case, the action will be brought on behalf of the wound-up company by its liquidator, for example, see Re Domestic Devices (NSW).

Civil penalties may be imposed by ASIC upon a director for breach of duty: section 1317E of the Corporations Act. It is also possible for the company itself (through other directors or shareholders) to seek a compensation order against the director responsible for the loss: section 1317J(2).

A wide range of injunctive relief can also be sought from the Court to prevent the breach of duty from continuing. The remedy is even capable of preventing an apprehended breach from taking place in the first place.

The powers of an injunction were originally derived from the Court’s equitable jurisdiction. They are now also specifically applied to breaches of duties imposed by the Corporations Act: see section 1324.